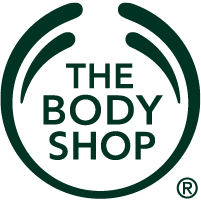 Anita was born in Littlehampton, an English seaside town in 1942, the child of an Italian immigrant couple. She developed a strong sense of moral outrage from an early age after reading a book about the Holocaust aged ten. She trained as a teacher but an educational opportunity on a kibbutz in Israel eventually turned into an extended working trip around the world. Soon after she got back to England, her mother introduced her to a young Scotsman named Gordon Roddick. Their bond was instant. Together they opened first a restaurant, and then a hotel in Littlehampton. They married in 1970 and two children followed.

Anita started The Body Shop on 26th March 1976 simply to create a livelihood for herself and her two daughters, while Gordon was trekking across the Americas. She had no training or experience and her only business acumen was Gordon’s advice to take sales of £300 a week. Anita saw entrepreneurship as a means of survival, and firmly believed it nurtured creative thinking. Running her first shop taught her business is not financial science, but all about trading: buying and selling and about creating a product or service so good that people will want to pay for it. Testament to her firmly held business beliefs, over 30 years on The Body Shop is now a multi-local business with over 2,200 stores in 55 different markets. And she always claimed she didn’t have a clue how she got there!

GVK One Mall is the most exclusive shopping mall and entertainment center. Located in Banjara Hills, best known for its high-end stores and restaurants.